KIDS COUNT in Colorado! is an annual publication of the Children’s Campaign, providing state- and county-level data on child well-being factors including child health, education, and economic status. Since its first release 21 years ago, KIDS COUNT in Colorado! has become the most trusted source for data and information on Colorado children and is relied upon by lawmakers, community leaders, and child advocates to inform policy debates and community discussions on issues impacting kids.

The Children’s Campaign released the 2014 KIDS COUNT in Colorado! report on March 24, 2014 at a news conference at the state Capitol with Gov. John Hickenlooper.

This year’s report, The Big Picture: Taking the Whole Child Approach to Child Well-Being, highlights issues impacting kids that overlap policy areas. The report makes connections between the Children’s Campaign’s longstanding issues areas – early childhood, health, and K-12 education – with the hope that in these areas lie solutions to some of our state’s most troubling and stubborn trends.

For the third year, the report ranks Colorado’s 25 largest counties in the areas of health, education, family economic sufficiency. Douglas, Elbert, and Broomfield counties again topped the list of Colorado counties with the best child well-being outcomes. Montezuma, Adams, and Denver counties were at the bottom of the list of the 25 most populous counties included in the rankings.

Special thanks to our generous KIDS COUNT in Colorado! sponsors – the Annie E. Casey Foundation and El Pomar Foundation. 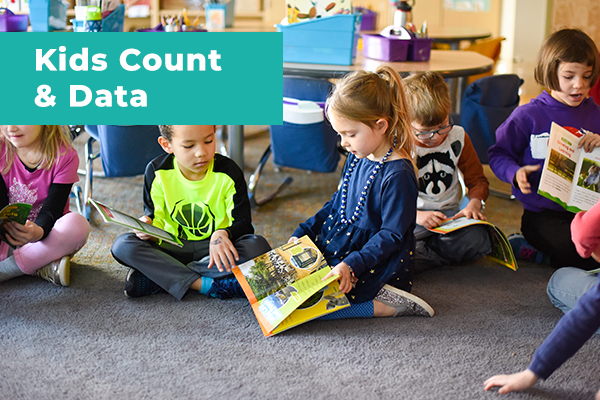