An estimated 73,000 Colorado children were uninsured last year, a number that has increased about 28 percent since 2016, according to a new report released by the Georgetown University Center for Children and Families. This means that 73,000 Colorado kids went into the economic and public health crises caused by COVID-19 without the financial protection and access to health services provided by health insurance coverage.

Colorado’s experience is part of a national trend that has left an estimated 726,000 more children without health coverage nationwide since President Trump took office. Coverage losses in the U.S. have been concentrated in the South and West and have been largest for White and Latino children.

A new report from the Georgetown University Center for Children and Families shows that while children’s health coverage had been a national success story, the trend has reversed under the Trump administration.

What’s worse, the numbers of children losing coverage accelerated from 2018 to 2019 during a time when unemployment was very low. In fact, the number of kids without health insurance in Colorado increased by 10,000 from 2018 to 2019 alone – the largest increase in uninsured kids in at least a decade. And this loss of coverage occurred before the pandemic.

The increase in uninsured rates among Colorado children is largely attributable to losses of public coverage – primarily Medicaid and the Children’s Health Insurance Program. And the loss in coverage between 2018 and 2019 was particularly pronounced for Black/African- American children and children in families with the lowest incomes.

From 2008 to 2015, our state and federal policymakers had been implementing intentional policies, including the Affordable Care Act, to get kids in Colorado covered. However, the Trump administration has made it difficult for our state policymakers to get kids enrolled by creating administrative barriers, reducing funding for outreach and enrollment, and sending racist and anti-immigrant messages that make our immigrant neighbors afraid to enroll in coverage for which they are eligible. The budget impacts of the COVID-19 pandemic further limited our state’s outreach and enrollment efforts by requiring severe cuts to programs that focus on enrolling eligible children and pregnant women in Medicaid.

This damaging trend will have long-term consequences for children and communities across Colorado. Health insurance coverage reduces maternal, infant and child mortality and improves mental health.  Kids with publicly financed coverage are more likely to graduate from high school, attend college and have higher incomes as adults.

As the Vice President of Child Health Initiatives, Erin leads the health policy work of the Colorado Children’s Campaign. She has led successful policy initiatives to expand access to health insurance coverage for Coloradans without proper documentation, strengthen the state’s Maternal Mortality Review Committee, improve access to school lunches, expand access to family planning services and oral health care, and improve pregnancy-related behavioral health. Her professional experiences include service as a WIC Educator and Local Area Retail Coordinator, a Special Assistant in the HHS Office of Planning and Evaluation, a Health Policy Adviser and Budget Analyst for the U.S. House Budget Committee and working with stakeholders in the Colorado Medicaid Program. Erin graduated from the University of Colorado at Boulder and earned a Master’s in Public Health from Columbia University.
Share This Post 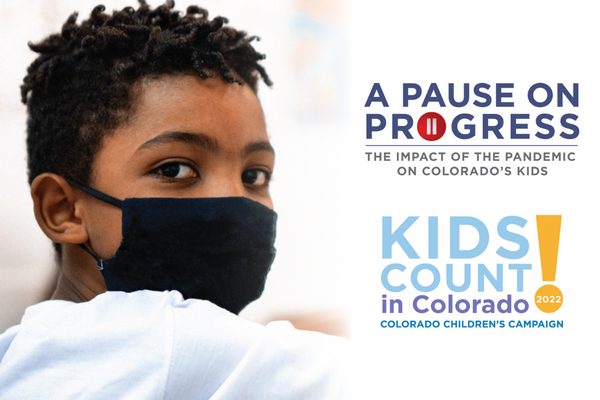