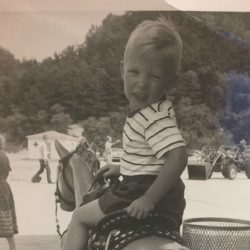 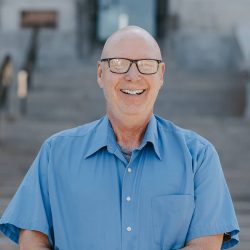 As the Finance Director, Cliff is responsible for all financial aspects of the Children’s Campaign and general administrative support. Cliff spent his formative years in the Midwest (Chicago and Minneapolis). A job transfer with Kinko’s Copies brought him to Colorado in 1989. Before joining the Children’s Campaign, Cliff worked as the Finance Director for six other non-profits in Boulder and Denver. His interests outside of work include anything related to the natural world, social justice, and meditation.  He likes to spend time with his two children and two grandchildren who live in Boulder.

Hometown: Oak Park, Illinois
College: University of Wisconsin
Major: Natural Resources
Favorite Children's Book: A Series of Unfortunate Events
Favorite Thing About Life In Colorado: Low Humidity
Favorite Denver Restaurant: Cafe 44
If You Were A Car, What Kind You Would Be: A bicycle.
Worst Job You’ve Ever Had: Insurance Underwriter
Best Job You've Ever Had: Association for Experiential Education
Job You Wouldn't Do In A Million Years: Kill people.
Best Thing About Working At The Children's Campaign: The staff
Your Greatest Extravagance: A Chocolate Donut, Coffee, and the New York Times
Most Likely To Be Found On A Slow Friday Afternoon: Hiking in the foothills.
Favorite News Personality: Amy Goodman
Night Owl or Early Bird: Early Bird
Thing You Can’t Live Without: (regrettably) Coffee
Talent You Would Most Like To Have: To Sing
Favorite Bumper Sticker: Black Lives Matter
Biggest Pet Peeve: Loud Cars/Motorcycles
Word Or Phrase You Most Overuse: Use it or lose it.

Ready to join a hard-working, dedicated team that is committed to advocating for children throughout...
Read More