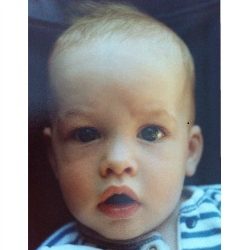 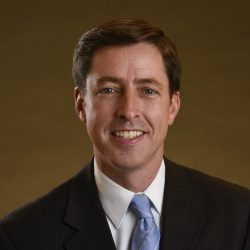 Bill Jaeger serves as the Vice President of Early Childhood and Policy Initiatives at the Colorado Children’s Campaign, a non-profit, non-partisan research, policy, and advocacy organization committed to ensuring every chance for every child. Bill has spent more than a fifteen years teaching, studying, and working on issues in public education and public policy. He earned a bachelor’s degree from Dartmouth College and a Master’s in Education from Harvard’s Graduate School of Education before spending several years as a public school teacher and administrator in the greater Hartford, Connecticut area. Bill also holds a Master’s degree in Public Policy and a Master’s in Political Science and worked in several positions in the non-profit sector prior to joining the Colorado Children’s Campaign. His research has been published in American Politics Research and State Politics and Policy Quarterly and he currently serves as a Colorado Children and Families Health and Human Services Ascend Fellow with the Aspen Institute. He also serves on the Boards of the Colorado Children’s Immunization Coalition, Executives Partnering to Invest in Children (EPIC) and Mile High Early Learning. At the Children’s Campaign, Bill has led efforts to advance child care, early learning, and mental health policy efforts to support Colorado’s youngest children. Recent legislation that the Children’s Campaign has championed in these areas include HB 14-1317 to reform our state’s child care subsidy program, SB 14-003 to establish the “Cliff Effect” Pilot Program, HB 15-1317 to create “pay for success” programs in Colorado, HB 16-1227 to lower barriers to child care for teen parents and survivors of domestic violence, HB 17-103 to advance early learning strategies in school accountability, and HB 18-1208 and HB 18-1004 to expand access to child care tax credits. Bill is a graduate of Cheyenne Mountain High School in Colorado Springs and enjoys spending time in the mountains with his wife, son, daughter, and golden retriever.

Hometown: Colorado Springs, Colorado
College: Dartmouth College
Major: History with Minors in Human Development & Teaching and Earth Sciences
Graduate Schools: Harvard University (Ed.M), Trinity College (M.A. in Public Policy), University of Colorado at Boulder (M.A. in Political Science)
Favorite Children's Book: "The Phantom Tollbooth" by Norton Juster
Favorite Thing About Life In Colorado: 300 days of sunshine and more than 300 different ways to spend those days outdoors.
If You Were A Car, What Kind You Would Be: Subaru Outback (we are in Colorado…)
Biggest Pet Peeve: Impoliteness.
Best Job You've Ever Had: This one!
Dream Job: Dream Job: Starting shortstop for an MLB team…but since that probably isn’t going to happen, working as an advocate for kids at the Colorado Children’s Campaign.
Best Thing About Working At CCC: We all wake up every day thinking about how we can help improve the life chances of Colorado’s children.
Most Likely To Be Found On A Slow Friday Afternoon: What’s a slow Friday afternoon?
Favorite Colorado Getaway: There are lots – anywhere we can play outside!
Favorite Sports Team: Rockies, Broncos, Nuggets, Avs, and Yankees
Proudest Accomplishment: Starting a family with my wife, Charis.
Night Owl or Early Bird: Early Bird
Thing You Can’t Live Without: My library card and my running shoes.
Favorite Book: "On the Road" by Jack Kerouac
Talent You Would Most Like To Have: Playing the guitar (although I’m working on it…)
Your Motto: Seek first to understand, then be understood.