» Press Releases » Youngest Coloradans at Risk of Undercount in 2020 Census

Economic, health and education challenges could deepen in communities that miss kids in census; federal money and representation at stake

Economic, health and education challenges could deepen in communities that miss kids in census; federal money and representation at stake

DENVER— The 2020 Census risks undercounting thousands of young Colorado children, depriving communities of federal funding and political representation for the next decade, according to a new analysis from the Colorado Children’s Campaign. Children under age 5 are more likely to be missed by the census than any other age group, with children of color, non-English speakers, and kids living in high poverty communities at highest risk.

The 2010 Census undercounted Colorado  kids under age 5 by 5 percent, and the undercount of young kids in the 2020 Census could be even worse given fears about data privacy and confidentiality, according to the 2019 edition of KIDS COUNT in Colorado!, an annual county-by-county report on child well-being. Failing to count Coloradans will put billions of federal dollars and representation in Congress at stake in the decade following the nationwide count of every person. In 2015, Colorado received more than $2 billion in census-guided federal funding for kids’ programs alone, including Medicaid, the Children’s Health Insurance Program and Head Start, among others.

“The census is a kids’ issue,” said Sarah Hughes, Vice President of Research Initiatives for the Colorado Children’s Campaign. Hughes is also a member of the State of Colorado’s Complete Count Campaign, which is tasked with ensuring an accurate count across the state. “Filling out a census questionnaire might not come to the top of mind as a way to help all Colorado kids, but the simple act of ensuring that every child is counted will go a long way toward ensuring Colorado doesn’t lose hundreds of millions of dollars for programs that help families access health care, afford child care or give their children early learning opportunities.”

The reasons why young children are undercounted in the census at a higher rate than any other age group are varied, according to the report. Young children are more likely than older children or adults to live in households with incomes below the poverty line or to be living in rental housing. They are more likely to live in mobile families who are harder to reach. Young kids are also more likely to live in households with complex living arrangements, such as with grandparents and multiple families under one roof.

The Children’s Campaign examined indicators linked to undercounting kids at the county level in Colorado to provide a rough estimate of where young kids in Colorado may be most likely to be missed in the 2020 census. Counties at the highest risk include Costilla, Alamosa, Denver, Rio Grande, Morgan, Crowley, Adams, Prowers and Saguache.

“Every one of these communities already had a higher-than-average child poverty rate as of 2017,” Hughes said. “If young kids in these counties are undercounted in the 2020 Census, their communities face losing federal funding for programs that are vital to kids for the next decade—which would only make it harder for families to make ends meet and build a strong foundation for their children. It’s essential that communities across the state come together and find ways to make sure every kid is counted in 2020.”

The report outlines a few ways child advocates and community members can help:

The annual KIDS COUNT in Colorado! report tracks the well-being of Colorado children statewide and at the county level. The 26th annual report includes data and research on kids in the areas of demographics, health, early childhood, K-12 education and family economic security. The report is a complement to the national KIDS COUNT Data Book produced by the Annie E. Casey Foundation. That report tracks child well-being state by state and was released in June.

Other data trends noted in the report:

The Annie E. Casey Foundation creates a brighter future for the nation’s children by developing solutions to strengthen families, build paths to economic opportunity and transform struggling communities into safer and healthier places to live, work and grow. For more information, visit www.aecf.org.

If you would like more information about this topic, please contact Tara Manthey at 720-256-1312 or email Tara at tara@coloradokids.org. 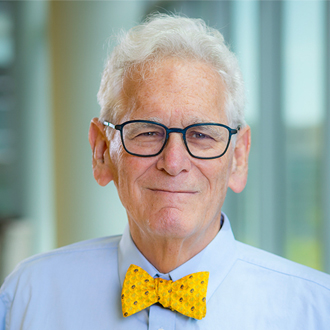