A Conversation With The NOW Generation

Presented Nov. 2, 2018 at the Seawell Ballroom by the Colorado Children’s Campaign 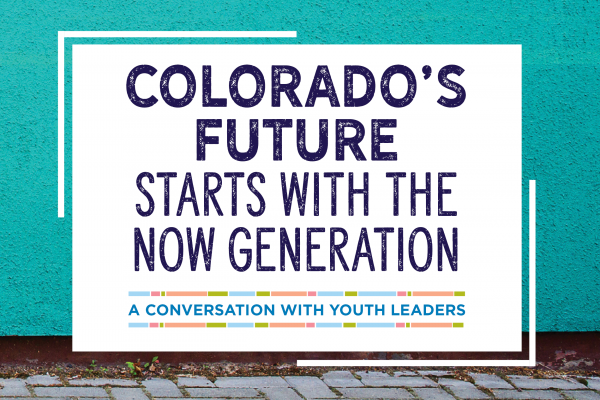 Join us for a conversation with Colorado youth leaders, facilitated by Pulitzer Prize-winning journalist and immigration advocate Jose Antonio Vargas. From mental health to school safety, hear first-hand how today’s teens are leading policy advocacy to take charge of their own futures. 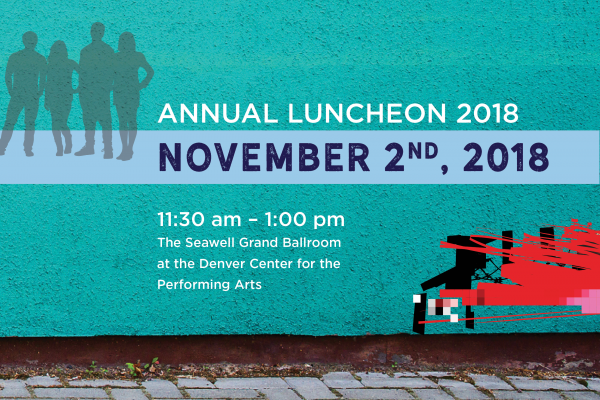 Generation watchers have already noted how this generation, also known as Gen Z, want to build the games, not just play them. They also want to build their communities, not just live in them. We invite you to join these teens as we learn more about what we are calling the “NOW Generation” because their time starts now. 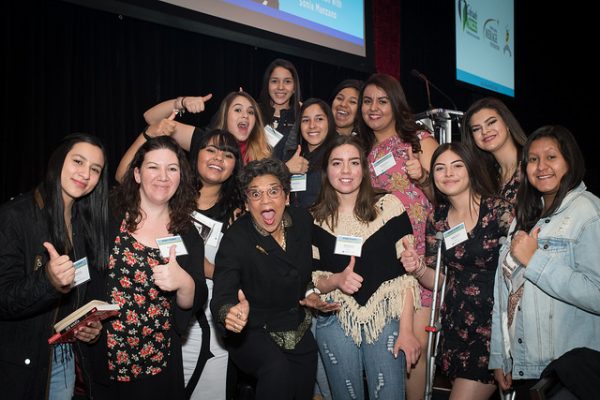 Vargas, who revealed in a 2011 New York Times Magazine essay that he has lived his American life without documentation, has facilitated dialogue about U.S. immigration policy through storytelling. This fall, he will publish his new memoir, Dear America: Notes of an Undocumented Citizen. Signed copies of this brand new book will be available for our guests to purchase. Read more about Jose Antonio Vargas, and get to know the stars of our teen panel.

The Annual Luncheon is a Colorado tradition focused on creating the space for complicated policy conversations. More than 700 of Colorado’s most influential child advocates, policymakers and community and business leaders gather each fall for a thought-provoking afternoon, and to support the critical work of the Colorado Children’s Campaign. 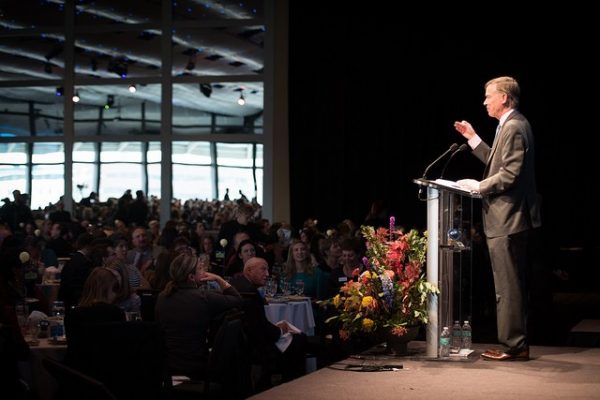 Gov. John Hickenlooper addresses the audience during the 2017 Annual Luncheon

With your support, we are able to address the most pressing issues facing Colorado kids by bringing the latest research and data on child well-being to policymakers, while at the same time mobilizing child advocates in communities around the state to create change for children and families. 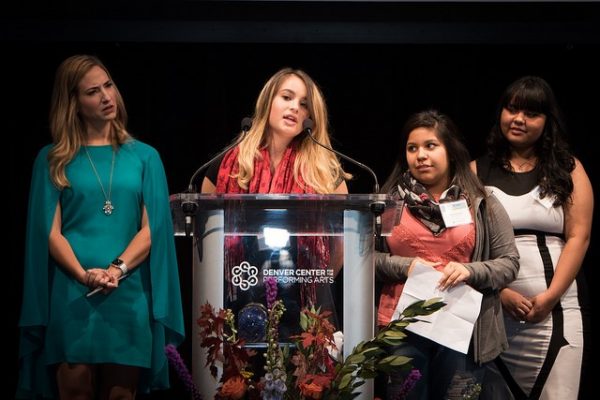 The Annual Luncheon has a history of bringing youth leaders to share their triumphs and challenges with an audience who has the power to change the lives of every Colorado child. 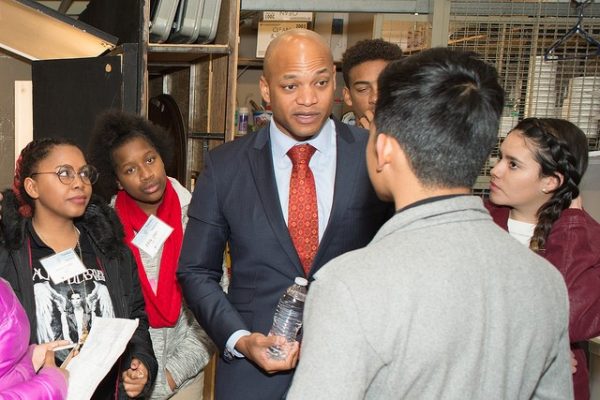 Author and Advocate Wes Moore meets backstage with Denver students who had studied his book, The Other Wes Moore, before the 2016 Annual Luncheon.

You won’t want to miss this year’s event as teen advocates from around the state take the stage with Jose Antonio Vargas to share their vision for the future of Colorado and the U.S. 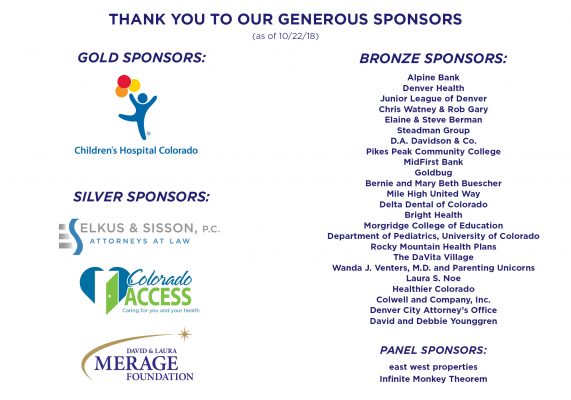 About our moderator, Jose Antonio Vargas 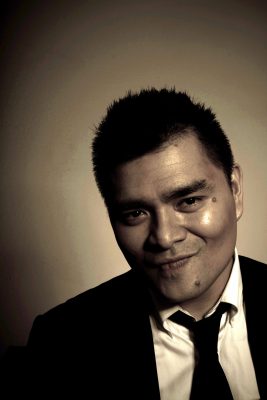 Jose Antonio Vargas began his journalism career as a teen intern at the Mountain View Voice in California and later held positions at the San Francisco Chronicle, Philadelphia Daily News, and The Huffington Post, among others. Drawn to ways of using emerging technology in journalism, a twenty-something Vargas wrote about a “YouTube-Facebook-instant messaging generation” and received a Pulitzer Prize as a member of The Washington Post team reporting on the role of technology in student experiences during the Virginia Tech shootings of 2007. That same year, Vargas penned a front-page article in the Post about Wikipedia’s impact on the 2008 presidential election and in sticking with his trademark niche in technology, profiled Facebook founder Mark Zuckerberg in an article for The New Yorker in 2010.

His most notable article, however, was an exposé in New York Times Magazine in which he revealed his own status as an undocumented immigrant and shared his story of being brought to the U.S. as a child, later discovering his status as a teenager. He chronicled the shame of the secret he kept for almost 15 years, a period during which he worked, paid taxes and feared exposure. He appeared on the cover of Time magazine as part of a follow-up story he wrote a year later. The very next day, the Obama administration announced it would halt the deportation of people under 30 without proper documentation who would qualify for the DREAM Act. Vargas, at age 31, was not eligible for the program.

Later that year, Vargas founded Define American, a nonprofit media and culture organization aimed at facilitating dialogue about immigration issues through storytelling. He wrote, produced and directed the autobiographical film, Documented, which CNN Films broadcast in June 2014, and directed the documentary, White People, which aired on MTV in 2015. His forthcoming memoir, Dear America: Notes of an Undocumented Citizen, will be published in September 2018.

Vargas uses print media, social media, film, and technology as platforms for his advocacy. His extensive background as an award-winning journalist and personal story as a policy advocate who began his journey as a young man makes him the perfect person to moderate our panel of exceptional youth advocates this year.

About our teen panelists –

For information on how to sponsor one of one youth panelists or youth attendees, please contact Development Director, Carleigh Elkus. 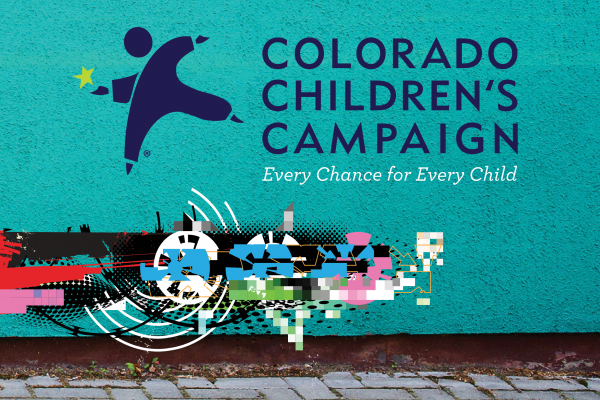 Ready to join a hard-working, dedicated team that is committed to advocating for children throughout...
Read More